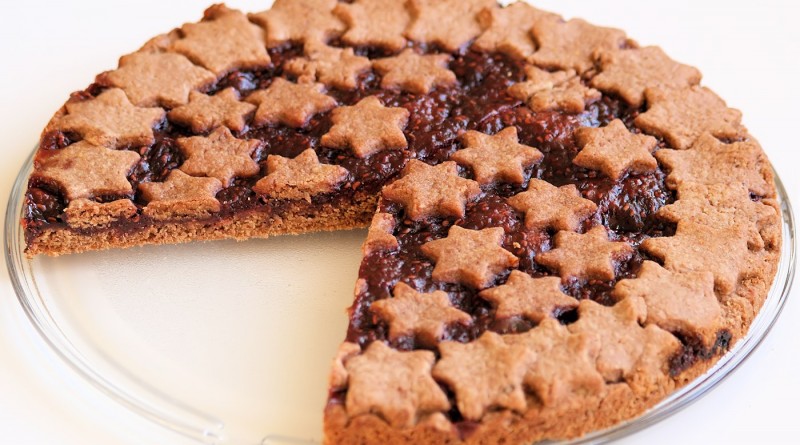 Linzertorte is a traditional recipe from Austria, and said to be the oldest cake in the world.

It’s a very nice cake to make yourself at home, and it keeps really well.

To put on top before baking:

Mix the flour and baking powder, and give it in a bowl. Make a mould in the middle, and add sugar, spices and the egg. Mix it with a bit of the flour. Then add the the cold butter and the almonds. Cover with flour, and mix it all to a nice, smooth dough.
In case it starts to get sticky, put into the fridge for a few mins, and cool it down again.

Take a bit less than half of the dough, and roll it into the size of the baking form (works for a form with 26cm diameter). Cut into 16-20 stripes of the same thickness.

On top of the jam put the stripes into a lattice pattern.

Mix the remaining 1/2 egg yolk with the tablespoon milk, and brush it onto the dough lattice with a baking brush. You can also put other forms on top of it, like stars, or hearts. 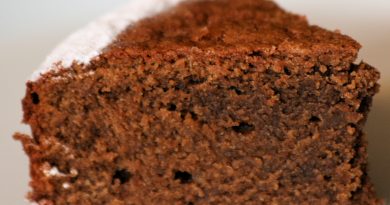 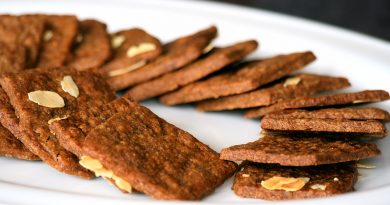 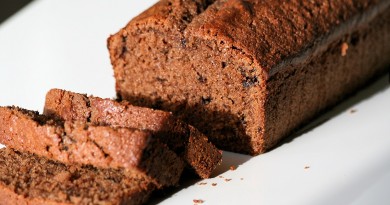