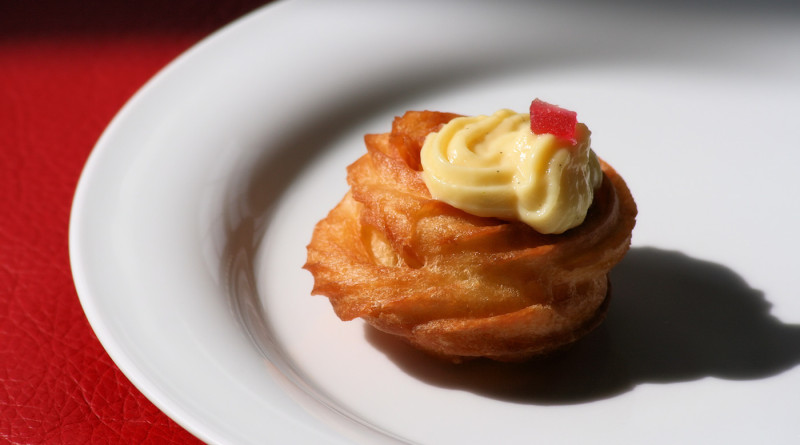 Here for you the recipe of fried zeppole 🙂
Enjoy ^^

INGREDIENTS FOR ABOUT 8 ZEPPOLE:

(1) Put in a pan the butter and the water, adding the salt, then bring it slowly to the boiling point, mixing with a wooden spoon.

(2) When butter is melted and water is boiling, remove the pan from fire and add the sifted flour. Bring back the pan on the fire and mix with a whisk at start, then continue with a wooden spoon for about 10 minutes to get a compact ball. Make sure you keep it on the fire long enough, so the floor of the pan is covered with a white film.

(3) Turn off the fire and add sugar,mixing,then put the dough in a bowl and let it cool.

(4) When it’s cooled (around 35°C), add the lemon zest to the dough and 1 egg, mixing until the egg is completly absorbed by the dough; then add the 2nd and 3rd egg the same way, adding the next only when previous is absorbed. You can use a mixer to do this, or with a wooden spoon if you do it manually. Put the dough smooth and homogeneous into a sac-a-poche with a star-shaped spigot.

(5) Squeeze a disk of pasta with diameter 5 cm making it with a spiral movement. On the outer edge of each disk superimpose a ring of pasta. Gratz, you made your zeppola :D.
Continue this way until the dough is over. (6) Put plentiful oil in a tall pan and bring to a temperature of about 160°-170° (don’t pass the limit of 170, the frying must be sweet and you will need to turn over the zeppole many times). When the oil will be on temperature, put into it no more then 2 zeppole, turning them over many times until they will reach the right golden color, then drain them first with a perforated spoon then putting the zeppole over many sheets of paper towels. Continue until all zeppole are fried. (7) Prepare the cream: Boil the milk together with the vanilla pod, when the milk has boiled, put the pan to the side and let it rest for 10-15 mins. In the meantime whisk the egg yolk with the sugar until it’s white and foamy. Add the flour and the lemon zest to the sugar-egg mass.
After 10 mins, remove the vanilla pod out of the milk, and put the milk back on low heat. Add the egg-mixture to the milk, and let it boil, while you stirr constantly, until it’s a thick cream. Let the cream cool down.

(8) Put the cream into the sac-a-poche and squeeze it at the center of zeppole. You can guarnish with a candied cherry (I dont like it). Buon appetito!
Thanks Meni again for a great recipe!!! 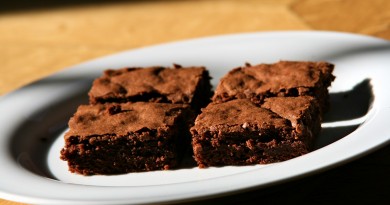 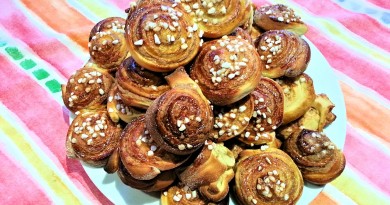 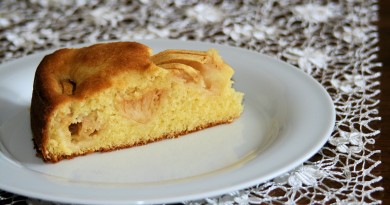